The Electrical Radio Program was originally broadcast on KSUL, the FM radio station owned by California State University in Long Beach in the United States. KSUL ceased operation in 1981. In 2005, the show was revived for a while as a podcast. ERP's current internet stream features programming originated in the San Gabriel Valley of Southern California.

Electrical-radio.com seeks to recreate and update the format of the original, which featured music, talk, and original radio plays. 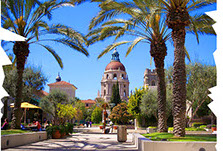 Gloria Wang, AKA Susie Creamcheese, hanging about during the Electrical Radio Program.